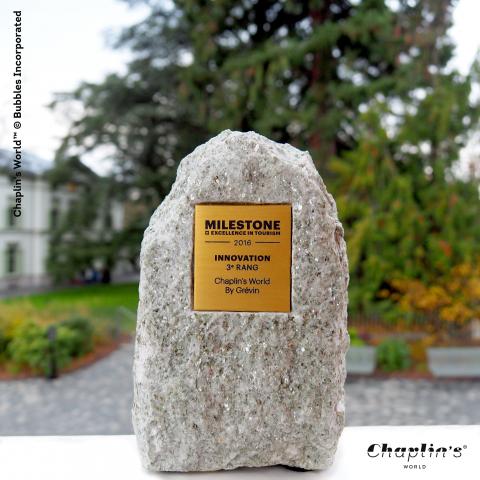 We are very pleased to announce that Chaplin's World has won third-place at the Milestone Excellence in Tourism in the "Innovation" category last night in Bern (15.11.2016).

Since 2000, the Milestone has honored innovative projects and personalities from Swiss tourism. As the highest distinction in the sector, it aims to stimulate innovation, encourage the transfer of know-how, increase the attractiveness of the Switzerland as a destination and make the public aware of the role of the touristic economy.

We thank the jury who has decided to award us this prize, as well as all those who were involved in the organisation. We would like to acknowledge the work of Mr. Philippe Meylan and Mr. Yves Durand, the designers and developers of Chaplin's World, who, for 16 years, have believed in this project and have shown great courage and tenacity to complete the project successfully.