EXHIBITION - CHAPLIN AND «THE GREAT DICTATOR» 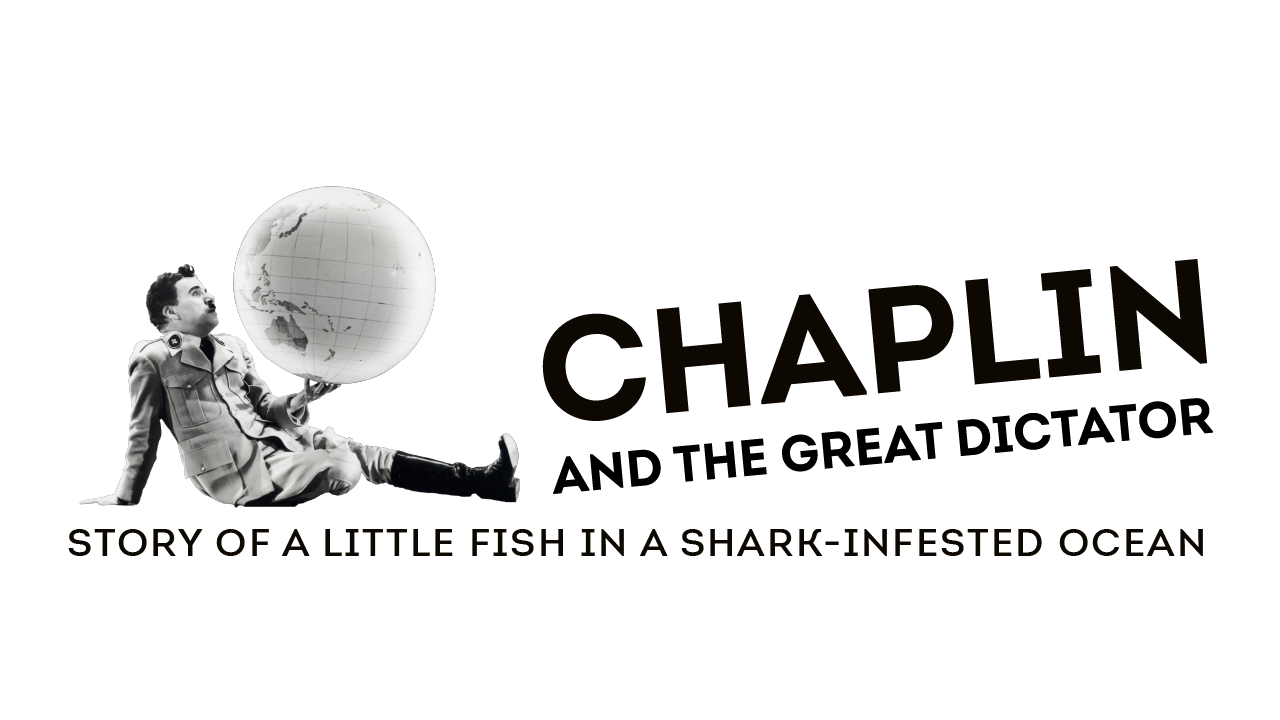 Chaplin’s World invites you to immerse yourself in the filmmaking process behind “The Great Dictator”, one of the most iconic films in cinematic history.

A unique chance to explore the modernity and posterity of this courageous film, as well as its legendary speech. 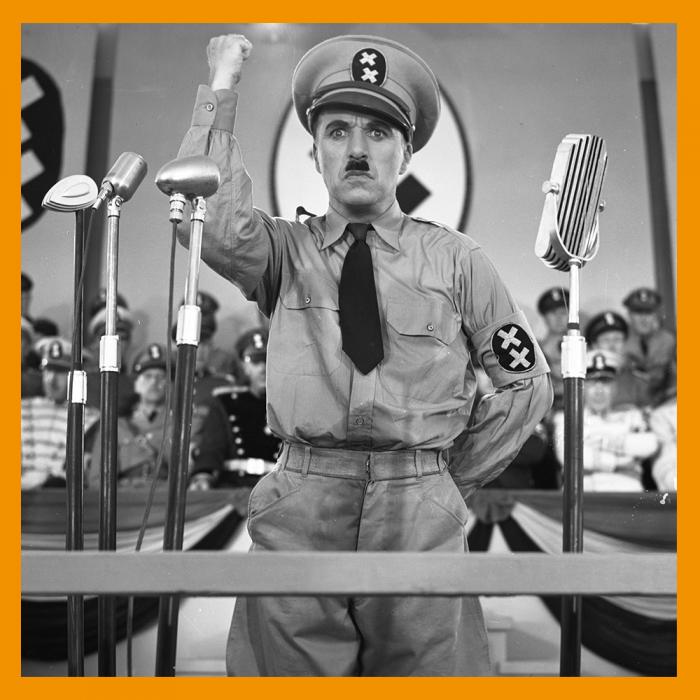 In this new temporary exhibition entirely dedicated to the iconic film “The Great Dictator”, visitors will get the chance to discover archive documents detailing the story behind the film’s creation, the shooting tricks and techniques, unfinished scenes, as well as never-before-seen photographs from the set.

Are you ready to uncover the film’s secrets?

“Chaplin and the Great Dictator: Story of a Little Fish in a Shark-Infested Ocean” is an exhibition co-produced by Les Rencontres d’Arles, Roy Export S.A.S and l’Institut pour la photographie de Lille. The exhibition, supported by the Charlie Chaplin Museum Foundation, is curated by Kate Guyonvarch, Sam Stourdzé and Mathilde Thibault Starzyk

“The Great Dictator” , which was banned in several countries when it was released, proved to be a major milestone in the artist’s career. In the film, Chaplin plays both a Jewish barber living in the ghetto and Hynkel, the dictator of Tomania.

Despite all opposition and under pressure from the Hollywood establishment, this political satire of the Nazi regime and the persecution of Jews is a bold and groundbreaking achievement produced on the brink of World War II.

Chaplin was one of the rare filmmakers who dared to question the authority of Adolf Hitler and his party, as well as the danger he represented to the world.

At the end of the film and for the first time, the artist uses spoken words to recite a speech full of hope – a call for peace. A speech which is just as relevant now as it was in 1940.

This visionary satire makes its mark on history as profoundly as the traces of the past it bears. 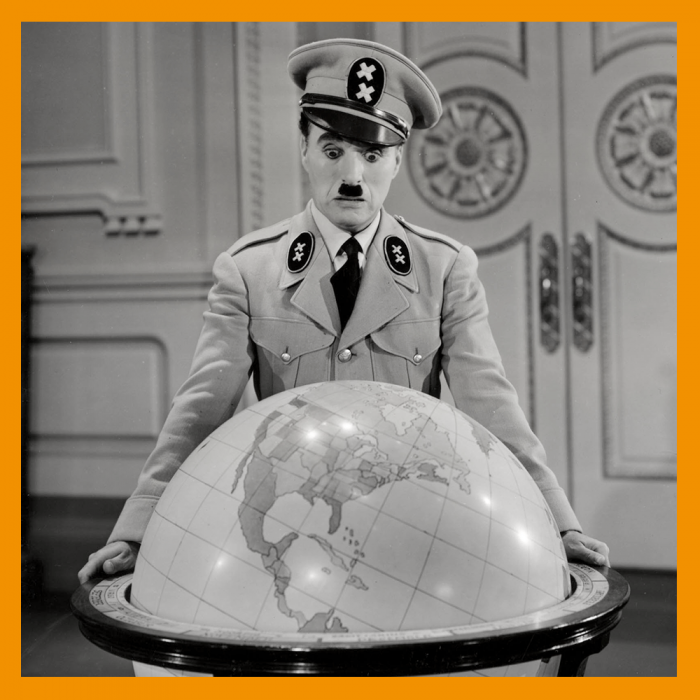 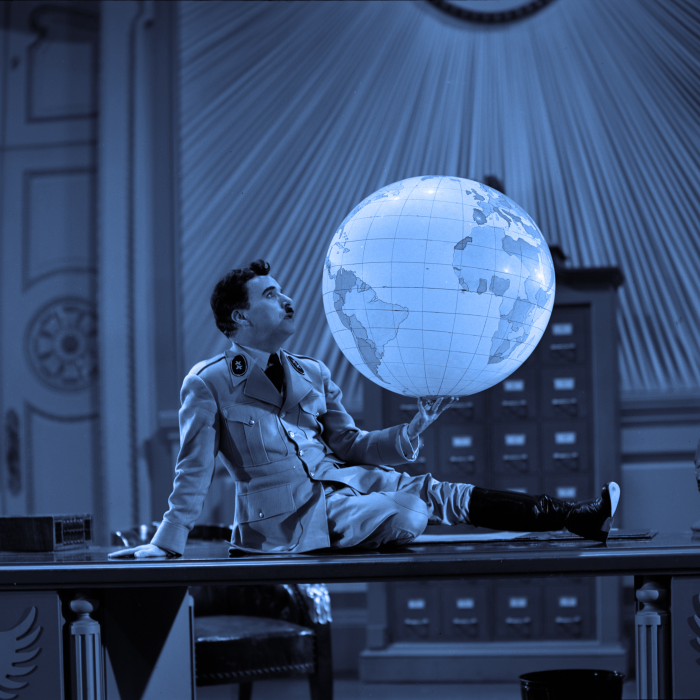 BECOME THE TRAMP AND JOIN US TO WRITE CHAPLIN’S HUMANIST SPEECH TOGETHER!

At a stand within the exhibition or using your smartphone or computer, become the Tramp using an application. The silhouettes of each participant will be collated to write the humanist speech at the end of the film “The Great Dictator”.

During the summer, the creation will be unveiled on Instagram and an enormous printed banner will be on display along the wall surrounding Chaplin’s World.

More information on becoming the Tramp

The exhibition is included in and can be accessed with a valid Chaplin’s World ticket. You can therefore visit The Studio, The Manoir, The Park and our new exhibition, “Chaplin and the Great Dictator”, during the museum’s opening hours.

Complete the experience with our new, one hour and a half guided tour all about Chaplin and the film “The Great Dictator”. Learn about the secrets behind Chaplin’s iconic film and discover many other stories and anecdotes throughout your visit.

The guided tour will take place in the “Chaplin and the Great Dictator” exhibition space and in The Manoir.

Information: Guided tours are currently limited to 10 people per guide in oder to respect health regulations.

"Chaplin and The Great Dictator" exhibition takes place at Chaplin’s World from 12 March to 29 August 2021.

BUY YOUR TICKETS
Getting here

The exhibition is held in The Manoir at Chaplin’s World and can be accessed with a valid entrance ticket. Plan your visit using our map and recommendations for public transport.

GETTING TO CHAPLIN’S WORLD 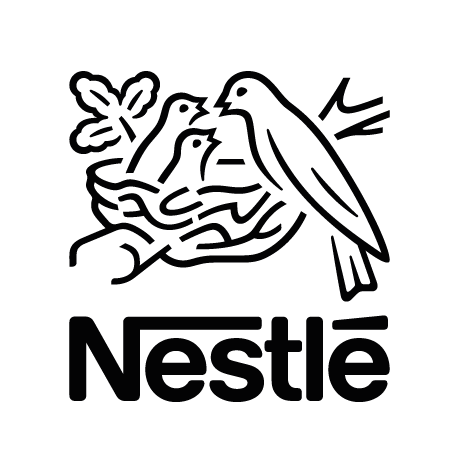 - PARTNERS OF THE EXHIBITION -

FIND OUT WHAT'S IN THE STORE FOR 2021 AT CHAPLIN'S WORLD
✕